Learn the Facts about Lightning - Be Prepared, Not Scared 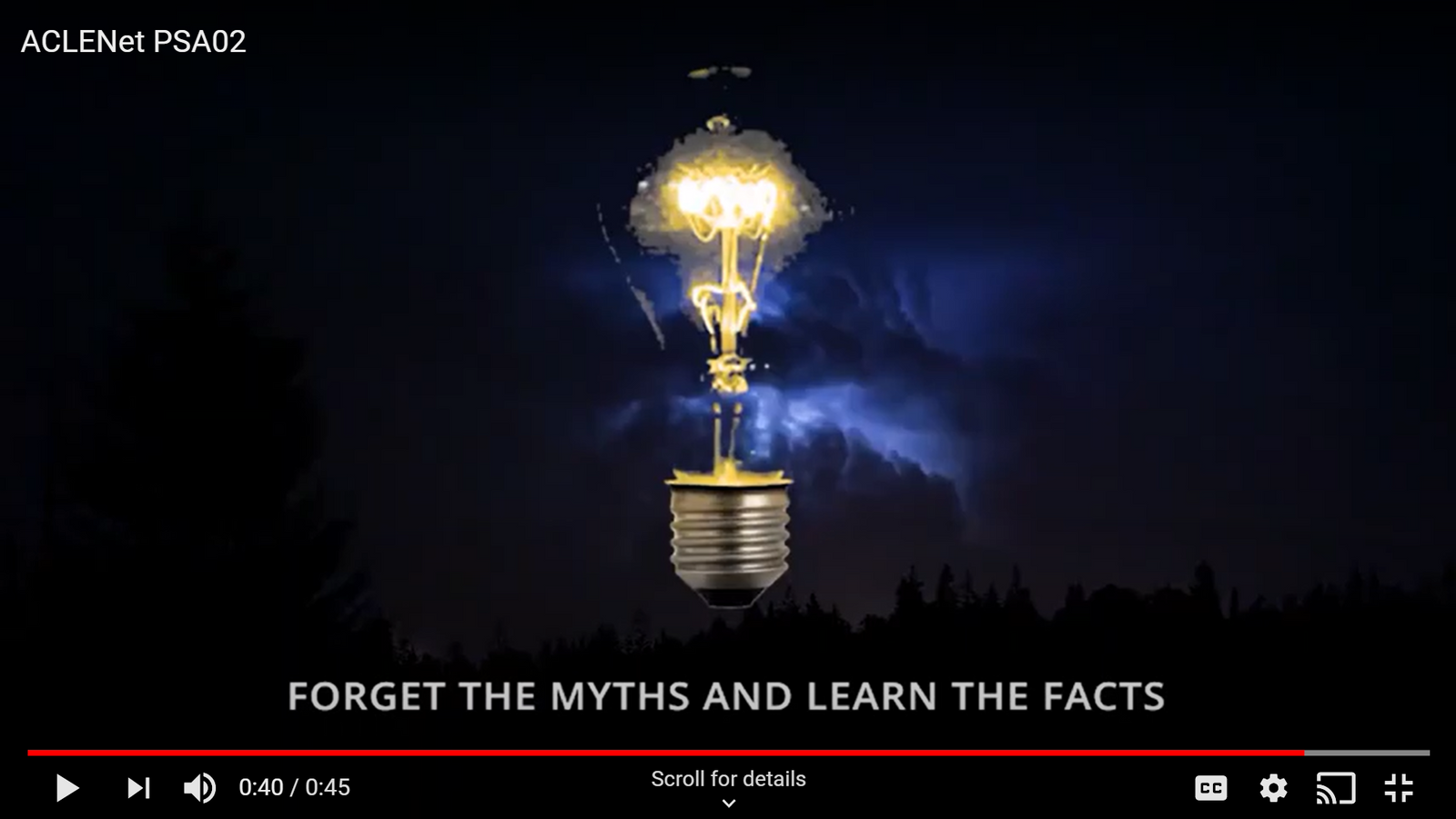 LIGHTNING is a NATURAL Weather phenomenon

Lightning occurs about 2 BILLION TIMES A YEAR around the world. 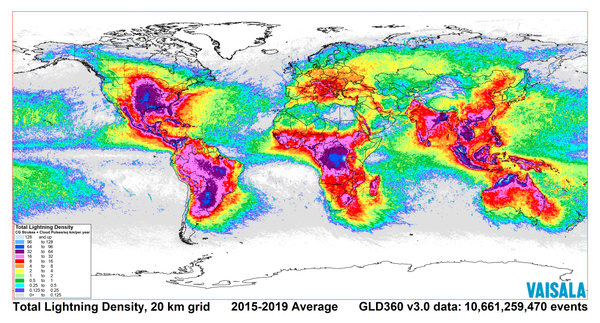 Lightning is the most common weather hazard experienced by all people around the world.
It is a natural phenomenon that can be scientifically explained, predicted by weather forecasts, and mapped from satellites and using other lightning detection technology.

It is not called down by witches nor a punishment for sins or curse on those who have committed evil. 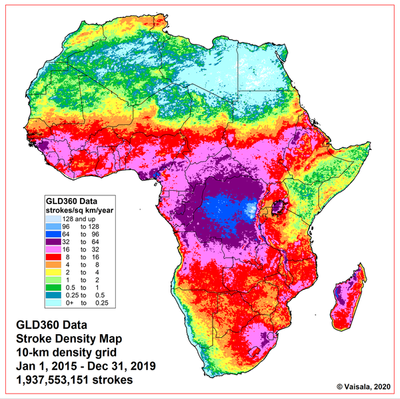 Using satellites and several other technologies, it is possible to detect lightning and map where it occurs over time.

In the lightning detection map of the world ABOVE, there are many dark areas showing high lightning stroke density. The two really 'hot spots' are in the Democratic Republic of the Congo, close to Uganda, and near Lake Maracaibo in Venezuela, South America. Both of these are on the equator. Lightning is MUCH more common in the tropics across Africa and parts of Asia and South America than in temperate climates like Europe, the United States and much of Asia.

In this map of lightning across Africa to the LEFT, the scale is divided further so that the HIGHEST lightning density in Africa occurs where there is pale blue - in the DRC. It is also very common across Lake Victoria and in parts of Uganda, Kenya, and other East African countries as shown on the maps BELOW.

There are solid scientific and meteorological reasons why Lake Victoria, like other large lakes around the world (Lake Maracaibo in Venezuela, Lake Titicaca in Peru), has so much lightning, not because there are demons in the Lake. 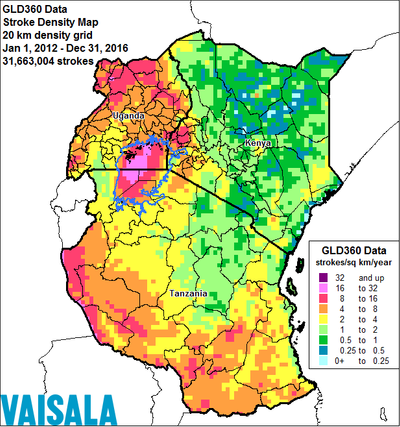 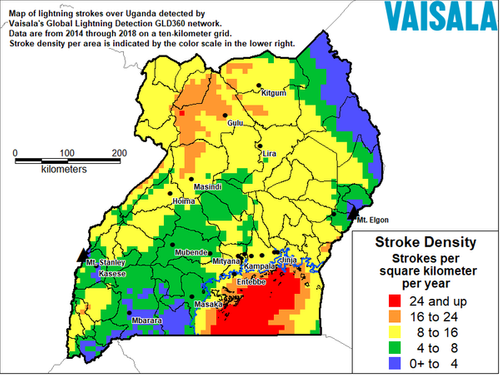 Sometimes lightning stays in the cloud, but, depending on the severity of the thunderstorm, about 20-40% hits the ground, sometimes harming people, animals or property.

As a powerful natural force, lightning tends to go where it wants to go - statistically, science tells us that lightning is MORE LIKELY to hit tall, isolated and pointy objects - trees, towers, etc.

But, in the long run, lightning is unpredictable and hits at random. It doesn't follow any 'rules' we may imagine to govern it. It cannot be called down by witches or demons.  Science also shows that NOTHING 'attracts' lightning - not metal, not cell phones, not the content of the soil, and certainly not people, whether they are 'sinners' or not. 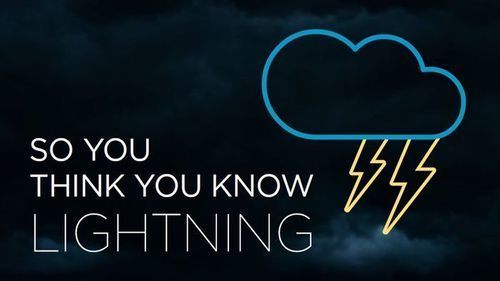 For QUICK FACTS about lightning, see the
'So You Think You Know Lightning'
booklet.

For more about the Science of Lightning, how it injures and kills people, and LOTS more, click these links: